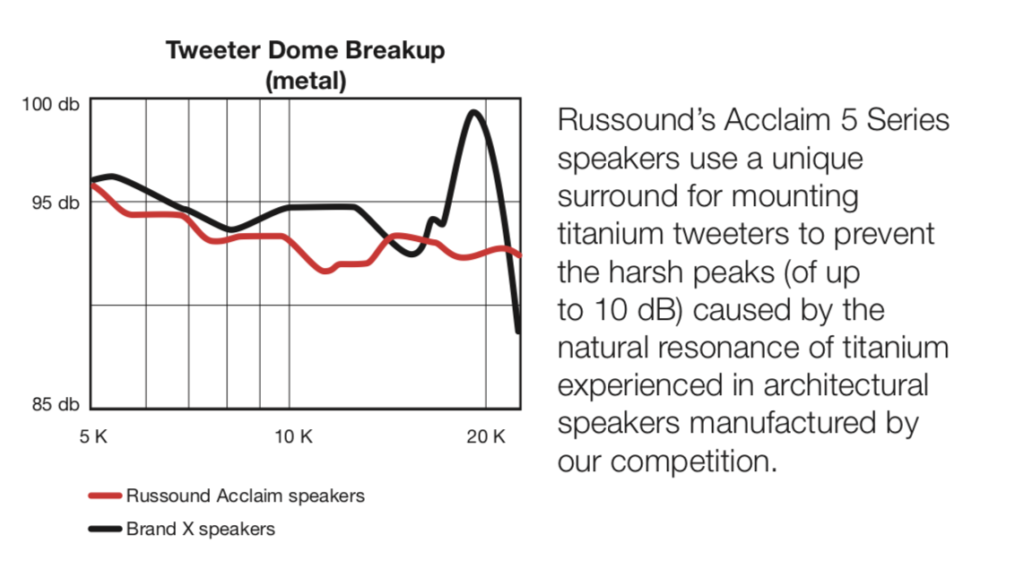 In addition to providing superb sound, Acclaim 5 Series speakers are offered in in-wall, in-ceiling, and in-ceiling single point stereo formats. They are also available in standard 5.25”, 6.5” and 8” sizes, allowing you to mix, match or upgrade at a later time. Tuned for improved off-axis listening and equipped with pivoting tweeters, the Acclaim 5 Series line is at home in any architectural installation.

For quality and performance, Acclaim 5 Series speakers provide an excellent alternative to more expensive speakers without compromise to aesthetics or efficiency.